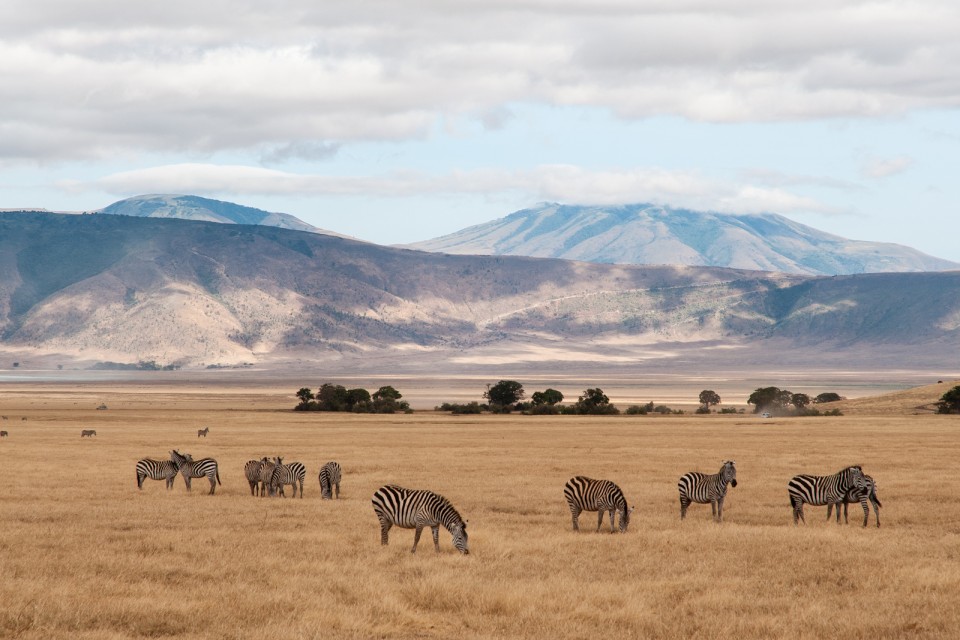 Do you know, that the elephants living in the Ngorongoro National Park have the longest tusks the world has ever known!

With kindness wrapped in my heart, I greet you, Dear Reader!

There are fewer and fewer places in the world, where animals can live carelessly, where they don't know what fear is, and nature delights with its virginity and unblemished beauty. The travel blog has found such an oasis of peace, and it is the Ngorongoro National Park located in Tanzania, which, like Japan's Nara National Park, brings together happy animals. So if you need a little respite, you will surely find relief in this corner of the world.

Tanzania featured, enriched with the gift of nature.

Tanzania is distinguished by the Ngorongoro Crater, which in truth is not a crater, lecz kalderą- a large hole formed in the ground by a volcanic explosion. This phenomenon took place twenty million years ago, the result was a valley with a diameter of twenty kilometers, and around it are slopes, seven hundred meters long, which create a quiet haven for many species of animals, because this crater is also the Ngorongoro National Park.

A virgin place, where the hunter luckily has not arrived yet.

The travel blog got some good news, that Ngorongoro National Park was not visited by hunters, who came to Africa at the beginning of the 20th century, to hunt heartlessly. They carried out these cruel acts in other parts of the country, and cooled their shameful aspirations to reach the Tanzanian crater, too difficult access, especially when the country was shrouded in rainy season, which greatly complicated their inhuman plans.

Currently, the Ngorongoro National Park is visited by crowds of tourists from all over the world. With them in mind, a complex of hotels situated on the edge of an extinct volcano was built here, where they can find peace, respite, think about some things, and perhaps find the meaning of life.

The animals live like in paradise, in the cradle of blissful peace.

Mother Nature has served the Tanzanian animals, which have found a peaceful and safe oasis in the Ngorongoro National Park. Among the lucky ones, that have a warm home here are zebras, buffaloes, antelopes, leopards and cheetahs. Those born under a favorable star can also feel like ostriches, rhinoceros, hipopotamy, hyenas and warthogs as well as monkeys and mongooses. The elephants, famous for their high intellect, will surely remember this place positively, which nature has generously bestowed on the longest blows in the world!

There should be as many similar places as possible, and man must allow other equally important and needed beings to live in peace, in harmony and not interfere with their lives, so that people would be associated with animals not with violence, cruelty, something bad, but with a natural friendship between species. For that to happen, you need understanding, że wszyscy tworzymy jedną globalną rodzinę wśród której są także daniele z Parku Narodowego Nara

, and every human being should have a large element of sensitivity, empathy, love and humanism!

In today's perfume corner we will get to know ...

Ambra ( ambergis)- it is a waxy substance, flammable, gray-brown color. It is produced by the digestive system of the sperm whale of the cetacean family. In the perfume industry, it was used as a fixative, but at present, the sperm whales are protected due to their small numbers and this substance is being replaced by labdanum.

Dear Reader, thank you very much for today's meeting, I think, that today's article makes you optimistic, especially when like me, You are an animal lover, and the Ngorongoro National Park area is a dream destination, where they can lead a peaceful life, as well as in the Nara National Park. In the first picture we see a vast panorama of the Ngorongoro National Park, a place ideally suited for many species of animals, although I regret it very much, that animals in other parts of Africa and the world are still threatened with extinction at the hands of man, which I consider to be extremely shameful and unacceptable behavior!
CategoryWild Africa Travel blog
TagsNgorongoro park