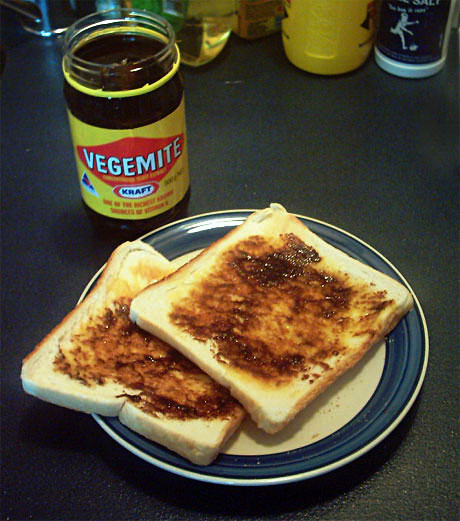 Regarding the fact, that Australia was once an English colony, to this day, you can see the influences of British culture in it. These influences are visible, for example, in the culinary tastes of Australians. However, you cannot generalize too far, because Australian cuisine has its original color.

The contemporary cuisine of this continent is in a way the result of combining the cuisines of the whole world. When it comes to Australia, one should speak of culinary richness, which results partly from its history, location and the prevailing climate here. Australian chefs use British culinary traditions in practice, American and Asian, creating unique dishes, which delight with their unique taste.

In the old days, Australian cuisine was based only on English dishes brought to this continent by colonizers. Unfortunately, British cuisine can hardly be called very sophisticated, therefore Australians quickly got bored with the roasts served for dinner, grilled bone chops and other meat dishes with a variety of vegetables: potatoes, carrot, peas or beans. With the opening of Australia to visitors from other countries, her cuisine has acquired an international character.

Australians have fallen in love with American fast food. On the corner of almost every street, you can taste typical American dishes, such as: hot-dogi, grilled steaks or common burgers in various flavors. It doesn't mean that, that Australian cuisine is identical to American cuisine, because the inhabitants of this continent eagerly eat dishes typical of various countries around the world. We are talking about such cultural delicacies as: turkish kebabs, japanese sushi, typical Chinese rice with vegetable side dishes or Italian pizza, or spaghetti.

It's worth pointing out, that with the influx of emigrants from Poland to Australia, our native cuisine was popularized here. In recent years, Australians have become true fans of Polish dishes. They love the familiar sausage, dumplings and confectionery, originating from the country on the Vistula River. At the moment, Australians are noticeably changing their diet, eat healthier foods that are low in salt and fat.

Traditional Australian cuisine is actually Aboriginal cuisine. In good restaurants all over the continent, and in Melbourne in particular, you can order typical aboriginal dishes: emu ostrich pate, baramundi fish, Kangaroo fillet with beetroot, samosa from the kangaroo tail, and even Australian acacia seed ice cream. Seafood is quite popular among the indigenous people of Australia: squid, kalmary, crustaceans and shrimps served mainly grilled or as an addition to other dishes.

Lemon myrtle is used very often in Australian cuisine, macadamia nuts, spinach and bosh tomatoes, that is, tomatoes from the bush. Australians like to eat grilled meat, most willingly – mutton. We can also taste delicious fruit here, such as: ananasy, papaje, kaki fruit, passion fruit, duriany, fiji, tamarind fruit, kiwi and mango, as well as: pears, apples and cherries – seemingly well known to us, but with a taste completely different than in Poland. Australians eat the vegetables most often: courgettes, bataty, tomatoes, squashes and pumpkin.

It is also worth mentioning the importance of beer for Australian cuisine. The most common beer is Fosters, however, Australians consider Victoria Bitter beer the best beer, Melbourne, Cascade and Swan. Australian beer is quite weak, does not exceed 5% alcohol content, however, the people of this continent consume them in enormous amounts. Wine is an equally popular drink. The most famous Australian wines are: Barossa, Eden Valley, South Australia, Cudgee Creek, Coonawarra czy Mount Benson. Almost 200 years of wine production tradition makes, that Australians have a fondness for this drink.

Typical Australian dishes are: Pavlova, Anzac biscuits i Lamingtons. All these dishes are sweet, which were invented by Australians, or their regulations originated in Australia. Pavlova is a kind of light meringue cake, Anzac biscuits to ciasteczka, and Lamingtons is a cube-shaped sponge cake, covered with a layer of chocolate and jam and densely sprinkled with coconut shavings.

Australians eat breakfast similar, like in the United States. These are corn flakes with milk or toasts with jam. In turn, dinner is served here quite late, which is typical of Anglo-Saxon cuisine. It must be admitted, that Australian cuisine is multicultural, therefore it can be considered so varied, that everyone will find something for themselves.