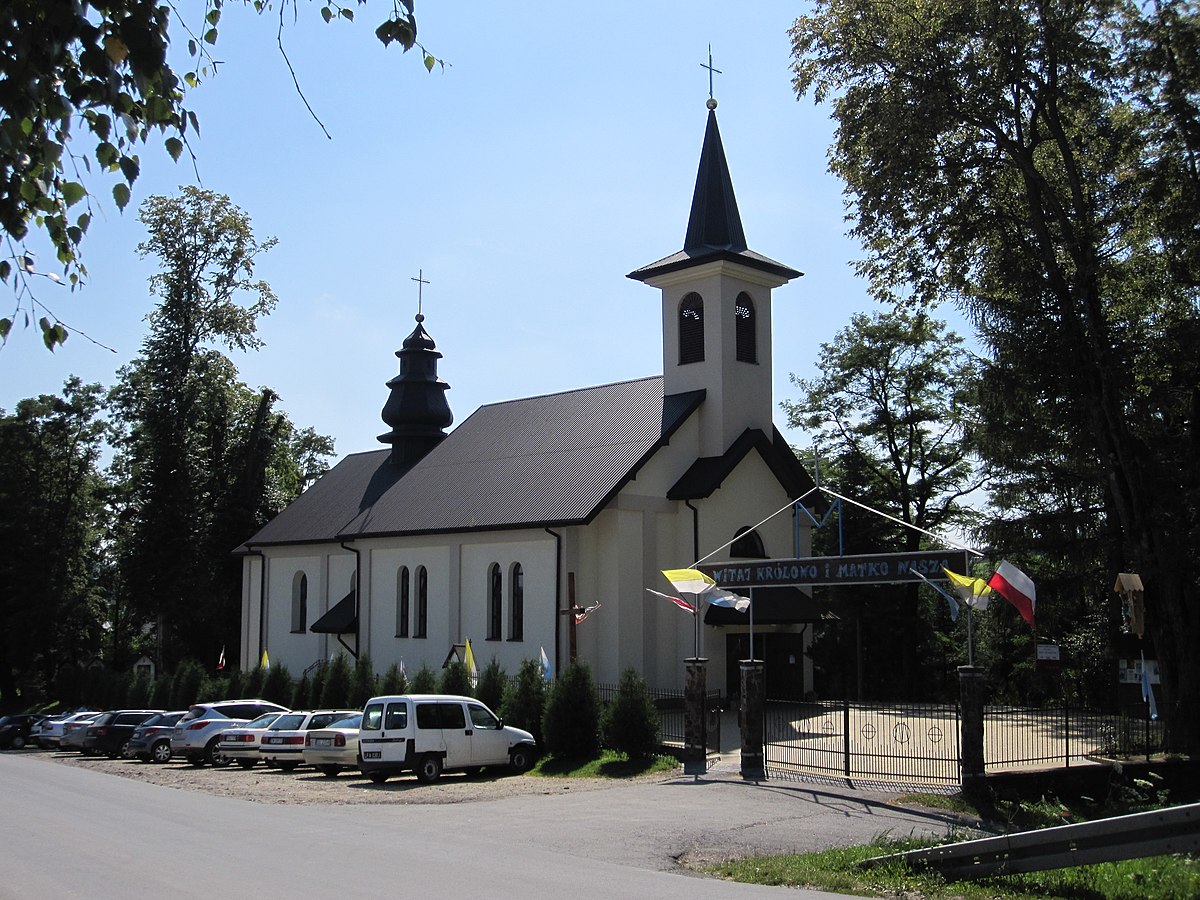 Polańczyk is a beautiful Bieszczady town located on the shores of Lake Solina. This is the place, where you can not only relax on the shores of the lake, but also visit some interesting places. It is also worth remembering about choosing a convenient guesthouse, or a hotel in town, which will be useful, because distances between attractions require longer (several days) stay in the Polańczyk area.

On the map of Polańczyk's attractions, special attention should be paid to the gem which is the Church of St.. Martyrs of Paraskewii - it is the present-day Roman Catholic Church of the Blessed Virgin Mary, Queen of Poland. The church was built in 1909 year, it replaced the previous 18th-century wooden church. For a year 1948, after World War II, the church belongs to the church, with a branch in Myczków, a year later, the Orthodox Church of St.. The martyrs received a miraculous painting of Our Lady of Łopień, which was brought from Łopienka. The church is made of brick, in its emblem it has the icon of the Mother of God from Łopienka. In the sanctuary, you can admire the old furnishings of the church with the main altar and polychrome, which was partially painted over in 1984 year during renovation. There is a screen belfry around the Church. It is a former church architecture, they built such bell towers next to churches, which did not have their own bell tower in the church tower. The belfry is from the year 1863, and the bell, which hangs on it from the year 1894. Currently, the name of the Church of the Holy Martyr Paraskweia has been changed to the Church of the Blessed Virgin Mary, Queen of Poland. There are many legends and premises, telling about it, how the painting of Our Lady of Łopień got to Polańczyk. Well, there are two tombstones of the devastated cemetery next to the Orthodox Church, linden trees grow around them. It is on one of the oldest lindens, about 300 years ago, the icon of the image of Our Lady of Łopień stopped.