Canberra – the capital of Australia

Canberra – the capital of Australia 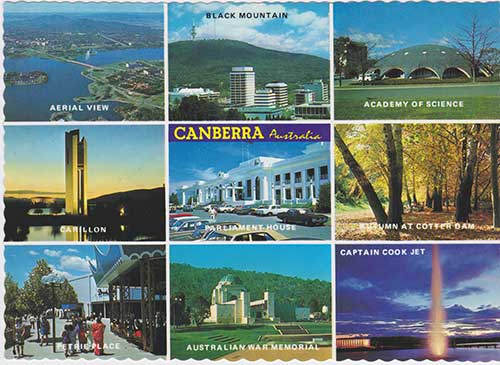 Canberra is the young capital of Australia, although many people are mistaken in saying, that world famous Sydney is the official center of the country. Meanwhile, all of the country's capital city offices are located in Canberra.

Canberra city, although it was established relatively recently, can boast of several, monuments worth visiting.

One of the most interesting places in the capital is the old parliament building, czyli Old Parliament House, which is open to visitors every day from an hour 9.00 do 16.00. Admission to the building costs approx. 2 Australian dollars. The Old Parliament is situated on King Terrace, exactly halfway between the new seat of government, and the shores of the lake.

The building played its role in the years 1927-1988. It must be noted, that initially it was only meant to be a temporary meeting place for the Australian Parliament, which, however, functioned wonderfully for many years.

The Old Parliament ceased to play its role with great style: on the last day, the greatest hits from the Rolling Stones repertoire played in its corridors. It was the defense minister's favorite team. At the farewell party, what can you call this concert, the prime minister of Australia and the leader of the opposition could be seen in full sympathy. This original duo even performed on stage. The party lasted until dawn, and the tired revelers staggered out of the building. Just like that, more or less true, the version got into the press, nevertheless, the Old Parliament building was certainly said goodbye to it.

The building can be visited with a guide or independently. Thanks to informers placed in strategic points of the Old Parliament, you can find your bearings, where the meeting rooms were located, parliamentarians' offices and the prime minister's office. The guides also present the rich history of the building itself. At present, the building houses the National Portrait Gallery and a museum. Here you can see permanent exhibitions and periodic exhibitions that take place frequently. Artists like to organize their exhibitions here, because the parliament building is considered a prestigious place in the world of art.

There is the Aboriginal Tent Embassy on the lawn in front of the building, that is, the Aboriginal embassy tent. It was placed at this point in 1972 year, when the indigenous peoples of Australia made efforts to obtain recognition by the federal government of the rights of the inhabitants of the continent and islands of the Torres Strait to their land. A few years later, the Aboriginal tent was recognized by the Australian Heritage Commission as a site of significant cultural importance. It's worth pointing out, that this is where the Aboriginal flag first appeared.

The museum is located on Parkes Place, directly behind the High Court Building, south of Lake Burley Griffin.

The museum's collection includes traditional works by Aboriginal artists, as well as the works of 20th-century artists that differ from them, Arthur Boyd is one of them, Sidneya Nolana i Alberta Tuckera. Among the typically Aboriginal exhibits there are real works of folk art, m. in.: images on the bark of Arnhem Land, tombstones pukumani, which were made by Tiwi artists from Melville and Bathurst (near Darwin), printed fabrics by women from Utopia and Ernabella in Central Australia, as well as paintings from Yuendumu.

The Australian National Gallery organizes periodic exhibitions, where you can see the work of the peoples inhabiting Kimberley and other places in the continent, which are famous for their Aboriginal artistic traditions.

Visitors to the museum can see not only works from the first decades of European settlement or paintings by 19th-century romantics, but also the fiery nationalism of Charles Conder, Arthura Streetona i Toma Robertsa.

The collections of the Australian Art Gallery are both painting, sculpture, graphics, drawings, photo, as well as furniture, ceramics, clothes, fabric and silver. An interesting place in the Gallery is the Sculpture Garden, that is, a sculpture garden, which is filled to the brim with wonderful works.

The Australian National Gallery organizes free lectures on the exhibition, as well as interesting film screenings.