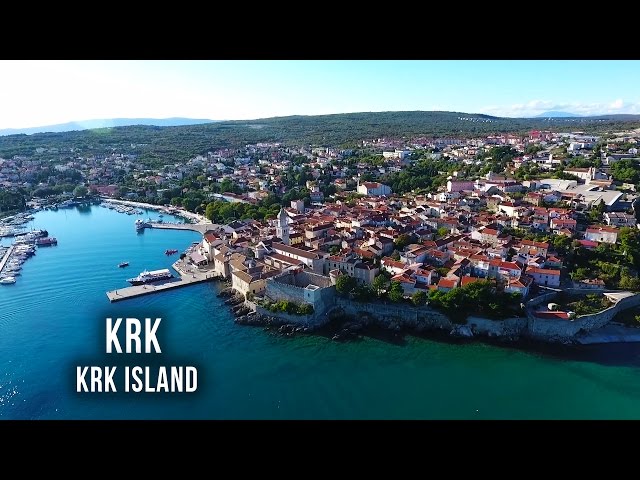 Krk is the largest island of Croatia (pow. 409 km2). The east coast is devoid of vegetation due to the winds blowing from the continent, and the areas on the west side of the island, especially around the town of Krk, they have more greenery. W 1989 r. the island is connected to the mainland by the world's largest concrete arch bridge – its span is as high as 390 m. This caused a rapid development of the industry – an airport and several industrial plants were built in the north of the island, among others, while large hotels were built in its southern part. However, the largest city of Krk is very picturesque and has a rich history. The beautifully situated Baśka is the oldest center of writing in the national language – this is where the so-called Glagolitic script comes from. Baścanska Ploća.

The Illyrians were the oldest inhabitants of the island, a w I w. p.n.e. The Romans founded the settlement of Curicum here. W VI w. neither. The Slavs took control of the island, displacing the existing inhabitants. From the 12th to the 19th centuries, the island of Krk was under Venetian sovereignty.

The city of Krk and the surrounding area enjoyed almost complete autonomy under the rule of the princes of the famous Croatian family of Frankopan. Then the sovereignty over the island was taken over by Austria-Hungary and only by the Rapallo treaty 1920 r. admitted Krk Croatia.

The bus from Baśka and Rijeka stops at the marina, a few minutes walk from the old part of the town of Krk. There is no left luggage office at the bus station. Area code to Krk: 051.

Campsites Near the town are located 3 camping. Najbliższy to Autocamp Jezevac (tel.221081), located by the sea, 10 min walk southwest of the city. Rocky ground makes, that driving the tent tracks into the ground is almost impossible, but there are many stones, to which links can be attached. There is plenty of shade on the campsite and a few spots, where you can swim. Camping Bor is situated on a hill, inland. Camp Politin FKK (tel.221351) is a campsite for tourists, located southeast of Krk, right behind big hotels.